RHCP is an abbreviation of Right Hand Circular Polarized Antennas. Yes, you guessed it right – LHCP is an abbreviation of Left Hand Circular Polarized Antennas. Both RHCP and LHCP are types of antenna used for polarization. Antenna’s primary function or purpose is to convert radio frequency electric current to an electromagnetic wave. After this, it serves the function to radiate this wave into space in the form of wireless transmission.

Difference between RHCP and LHCP

Understanding the different polarization of an antenna will help you to get the maximum performance of an antenna. There are mainly two polarization – Linear and Circular. A linear antenna perpendicularly radiates waves, for example, a TV antenna. Whereas, a circularly polarized antenna emits electromagnetic waves in a corkscrew manner, which makes the plane of an antenna circular polarized.

Circular polarized antennas are very good at removing distortions. Hence, Circular Polarized Antennas are mainly used where there could be a chance of sudden hindrance, and that hindrance or distortion can cost severe damage. Drones use RHCP and LHCP antennas. They take instruction from the controller controlled by a person from the ground and transmit some vital signals like their position and height.

To be honest, There no significant difference in the comparison of RHCP vs. LHCP antennas. One of the thing which is different in both of the antennas is receivers and transmitters. There is a basic rule; if you have a right-hand polarized antenna, then you need a right-hand receiver for it. If you have an LHCP and you have a receiver that’s designed for right-hand antennas, then it won’t work as expected.

It might happen that the range of unmatched pairs will reduce a lot. You might also notice a drastic change in signal behavior. The range might be decreased up to -30 dB, and that’s almost 1000 times weaker than the actual range if you have the matching pair.

How to choose between RHCP vs LHCP

Well, As I told you earlier that there is very little difference between RHCP and LHCP. But which one to choose? RHCP or LHCP? Well, it doesn’t matter most of the time. If you have matching sets of transmitter and receiver, everything is perfect. But it might get a little chaotic sometimes.

Let’s think it this way, You’re in a flying competition, or you’re a part of a drone flying club. Everyone has RHCP because most people opt for RHCP. Now, When there are more pilots and remember that they all have RHCP, It might get a little chaotic.

Electromagnetic waves will start to interfere in other’s channel. To avoid this situation, You should try to alternate the channel. Like, On one channel, there should be a pilot with RHCP, and then a pilot with LHCP. This way, it’ll make sure that the signals are clean and no interference is taking place.

How do I know that I have an RHCP or LHCP?

It might get pretty confusing when you don’t have an idea about what’s RHCP and what’s LHCP. But it’s pretty easy. It’s like looking at “Right” and “Left” marking on your earphones. Most of the antennas have marking right on the packaging or the body. An “R” marking means its right hand polarized, and “L” marking means left hand polarized.

Some of the camera antennas are a little different. There is three small “propeller” sort of antennas on top of them. Now, they don’t have any kind of marking on the top. To make sure it is an RHCP or LHCP, You have to hold it, and then you have to see that the top antenna is in which direction. If it in the right direction, Then it is an RHCP, and If it’s in the left direction, then it is LHCP.

1) Are Most Receivers RHCP?

Ans: Most of the time, people go with the RHCP transmitter and receiver.

2) What does RHCP Stand For?

3) What does LHCP Stand For?

I hope now you are clear with the differences two popular antennas have! I love to play with the antenna and know various things about the same. Stay tuned to this website to know about cool stuff related to the antennas and get more such updates.

Hey folks, I am Valerie Andrews, a full-time journalist and motivational speaker. Thanks to my degree and field of job, I could get the best knowledge of both gadgets and multimedia. Since then, I was always keen to share my knowledge and write articles for the same. I love learning about new devices, gardening and photography. If not writing, you will see me clicking the pictures of abstract places, people and nature. 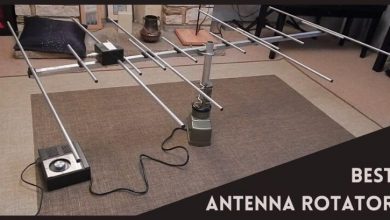 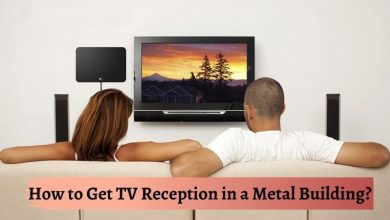 Hey folks, I am Valerie Andrews, a full-time journalist and motivational speaker. Thanks to my degree and field of job, I could get the best knowledge of both gadgets and multimedia. Since then, I was always keen to share my knowledge and write articles for the same. I love learning about new devices, gardening and photography. If not writing, you will see me clicking the pictures of abstract places, people and nature.